Hye-Ryoung Min is a South Korean photographer living and working in NYC. She received her MPS from School of Visual Arts in New York City.

Her work explores the intersection between human relations and the inner self. Whether she is observing the mundane lives of strangers on the street; the comings and goings of her neighbors as seen through the windows of her home; the fleeting expressions of her niece; the evolving landscape of a city or the more than seventy diaries, which she has kept over the past twenty-six years, Hye-Ryoung continues to find in different subjects a reflection of her deeper self.

Her first monograph ‘Re-membrance of the Remembrance’ was published by Datz Press in 2018.

Two boxes tightly sealed were left hidden from my sight and transferred to new places between moves in my mother’s house. Although they were in my home country, their weight and the trace of times gone past persisted in those seventy diaries kept in the boxes, which never stopped chasing me across the Pacific Ocean. A desire lingered to look far back into the paths I’ve come through, as I have climbed up a number of slopes and now arrived at a rolling hill. It didn’t seem like I could continue walking forward without facing what was left behind me, regardless of how it was shaped, what kind of scent or odor it had, or whether there were unbroken thorns underneath a thick layering of dust.

My journey of tracking back twenty years into my past started at a hundred-year-old barn in the middle of the forest at Byrdcliffe Woodstock residency, where I could almost hear the sound of the spider weaving the spider web. The diaries I’ve written since I was twelve were read one by one.

Each one of the diaries required a long walk after its reading. On the way back to my studio, I collected a tribute to dedicate to each diary. This took the shape of a stone, flower, leaf or sometimes a piece of bark. Once read, those diaries went back to sleep on the floor in the middle of the studio with the tribute placed on top. Their voices felt conspicuously calmer and more tranquil after taking off the heavy winter dust.

During my residence, I devoted many hours to creating a series of self-portraits on the grounds at Byrdcliffe. Subsequently, having returned to New York City, I carefully chose specific pages and passages from the diaries to anchor a series of still lifes. For the final component of this project, I traveled to Korea to re-visit particular locations that held significant meaning for me at the time I wrote my diaries. I searched for the time and space that might still be there or possibly vanished.

These photographs are visual diaries dedicated to my written diaries and evidence of those times coursing through me once more, where my expectations mingled with regret, compassion collided with fear, and scars ached and lingered. They are an act of earnest yearning, consolation, forgiveness and resignation. Facing myself in the moments of brooding light I met the gleaming shadow of my past re-membered into my new diaries.

In the words of García Márquez, my life, which was fallibly set down in younger years was re-visited and re-cast in photographs. Perhaps with one more reinterpretation I would move forward with the memories of the memories that I made.

When I first came to New York, I spent a lot of time wandering around the city thinking of my hometown, which, ironically, I had wanted to leave for long time. I was looking to find a tiny corner shop where I used to frequent everyday as a child while I was turning a corner in NY. I often looked up expecting to see the mountains, which are everywhere surrounding Seoul instead of the skyscrapers of Manhattan. More than ever before, I came to believe that I belonged in my native country. I found myself pining away for the place, which I once desired to escape. However at one point when I visited my country, I realized that it took more and more time to readjust to the city and find my bearings. I began aching for the comfort of my bed, my desk, and the streets that I could walk eyes-closed from force of habit. I concluded that my native country had started pushing me away to a region where I would be called a stranger. 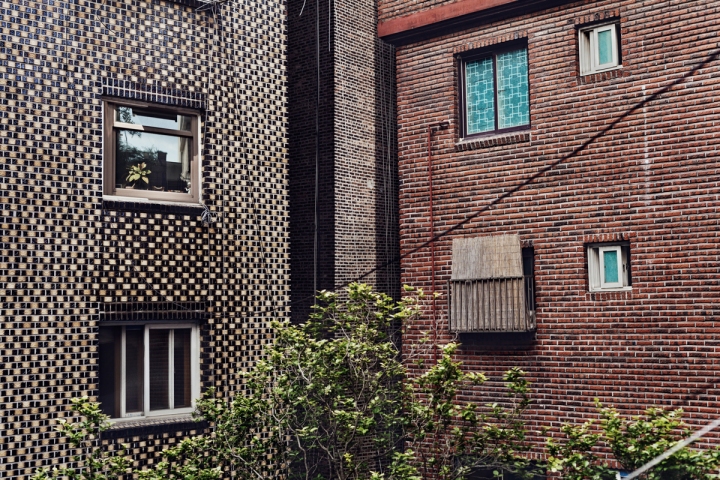 The city that made me an outlander for the first time in my life also gave me a sense of belonging. Like it or not, the streets, smells and people become something that I grew accustomed to. On the other hand, the land that my blood belongs to, the wind where my past is alive, and the very air that my family is breathing is all leaving my body. The emptier I feel, the more I want to return.
The similarity and unfamiliarity of these two places have started to intermingle and balance each other out. Have I become a stranger and a native daughter to both places at the same time?
In this series, I envisioned the third city that only exists in me. Taking apart and reassembling the two cities where I am rooted made these personal cityscapes. I built this cityscape to reconcile and call a truce to the contest they wage inside of me. 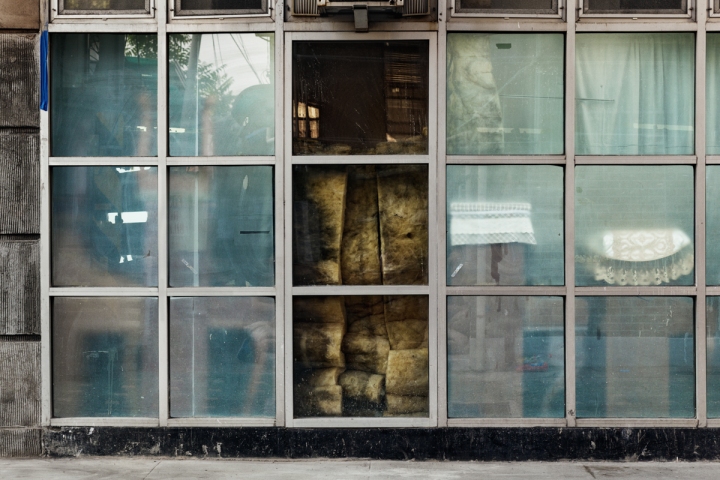 I had five television sets at home. Three of them were in the living room and two were in the back, one in the bedroom and the other one in the kitchen. By “televisions” I actually mean windows. The three windows in the living room had the most interesting and varied shows and actors, since they give out on the main boulevard with its constant flow of people and situations. But I also enjoyed the daily shows in the backyard featuring a more regular cast of actors and private moments.

This kind of programming had a loose schedule and no guarantees that shows would play on time.
For the most part, it was all silent film and the story lines were pretty much repetitive. However, I started noticing subtle nuances and differences from day to day. Repetition helped me understand actors’ basic characters; nuance and difference offered me clues into their hidden stories.

Before I knew it I was addicted and fell into the channel 247 day by day and for several months. Sometimes the channel had special seasonal broadcasts such as J’Ouvert, the West Indian American Day Parade at 4 o’clock in the morning; Mister Softy’s ice-cream truck during the summer, or middle-of-the-night backyard parties where illegal tattoo services were offered to ex-convicts who were full of confidence, laughter and loud cursing. 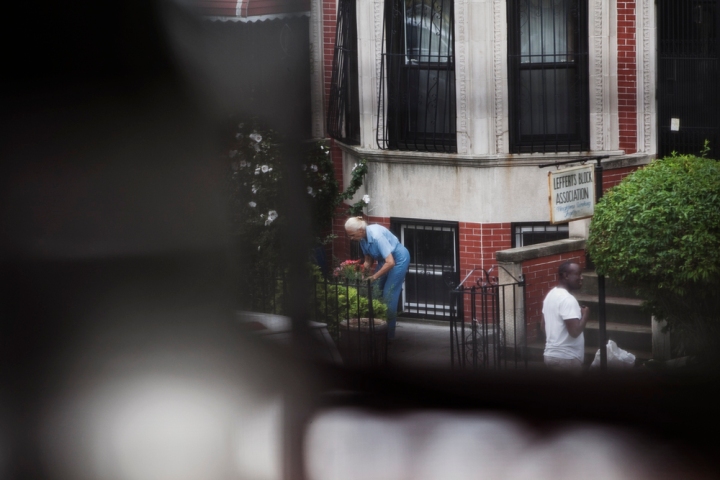 In Korea we have a saying: ‘naughty 7 years old’. We think a child of six or seven is at their most mischievous, which is when I started photographing my niece, Yeonsoo.

Every kid is special but she was simply the most impressionable and sensitive girl and it made me want to look at her more closely.

This process of observation required much delicate care. It was a fragile journey to the life and heart of a most unpredictable and sensitive girl, into her relationship with those around her: her family and friends –although they remain unseen in the photographs- and also to my own childhood. It came as a surprise for me to see how the little girl managed to express herself and react to the world. It took a while for me to understand that a kid has a character that hasn’t settled down yet, so she can be the sweetest girl at one moment and yet bitter or outrageous in the next. Her experience of the world is very limited by her young age, so that my sister is at once Yeonsoo’s best-loved companion and her biggest rival. And yet, a kid’s imagination is unlimited; they can be anybody they want to be.

Nowadays, Yeonsoo is going to school. I knew that the stage of being 7 years old would not last long. A period of transition was inevitable, which means moving from the family setting to the society of school. She has started learning how to live with others, and this has brought much laughter and tears as well. Young kids are like very soft clay or sponges, which become harder as they find their direction. It is how we learn to find our way in life. What I didn’t want to miss were these fragile moments of being a little girl, which all women went through.

Beyond my interest in her, there is also a reciprocal relationship between us. Looking at her, I often felt as if I was looking at myself as a child. It allowed me to meditate about how I came to be the woman I am today, and indeed what sort of person I’ve become. 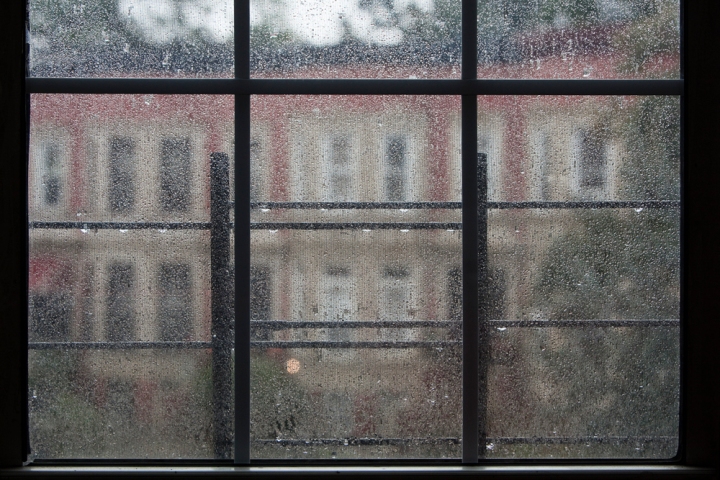