‘As a small child I was taken to Kenwood House on Hampstead Heath and saw the Rembrandt self portrait there. I have a strong memory of him looking directly out at me. Later I became more aware of his interests as an artist but that first impression stuck with me. Not long after that when I was about ten my mother gave me a paint box. I went up to Hampstead Heath and from early morning to late night I painted a complete scene there. I remember the painting well. It was my first serious attempt to capture something from life. When I got back my mother was beside herself as I had been out for twelve hours, it was dark and they had been frantically looking for me.’ 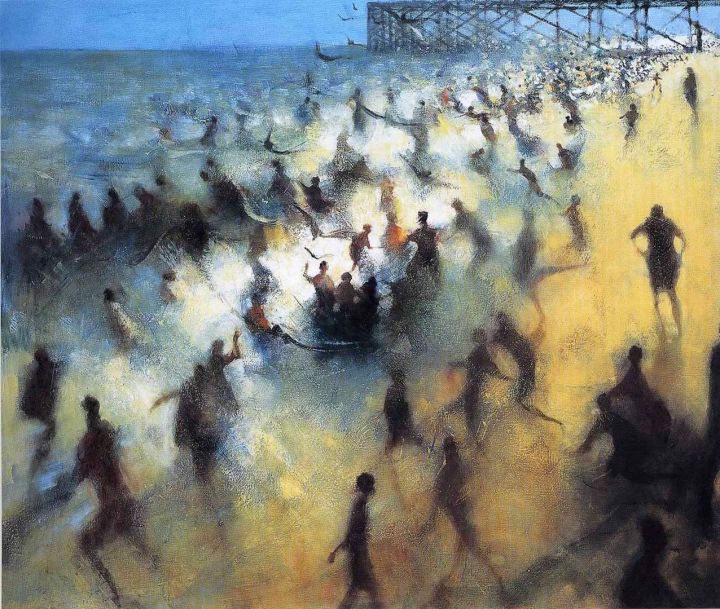 Bill Jacklin studied graphics at Walthamstow School of Art, London before working as a graphic designer at Studio Seven in Holborn. Between 1967 and 1975, Jacklin taught at Chelsea School of Art, Hornsey and Royal College of Art and at schools in Kent and Surrey. Initially concerned with abstraction, his work moved to figuration in the mid 1970s, when it became preoccupied with the effects of light and movement. 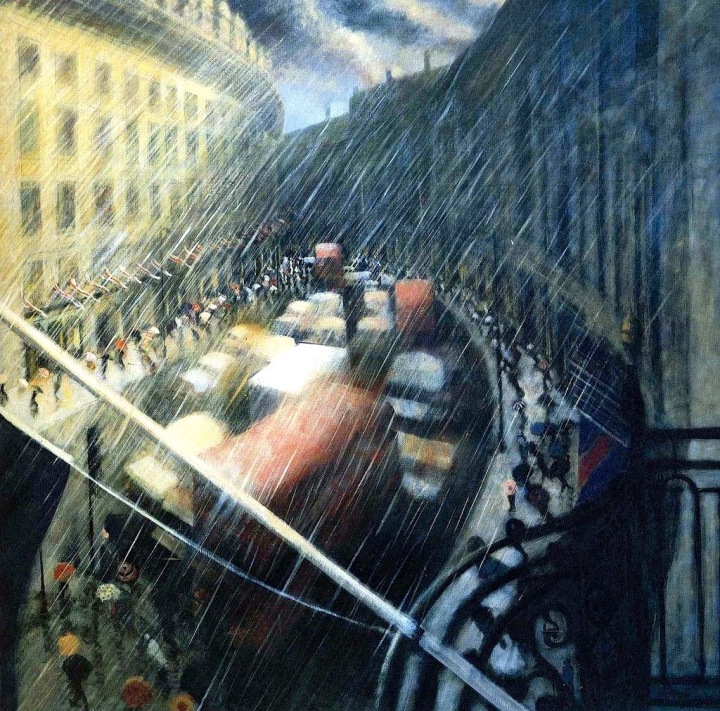 The rock star Sting has also long admired the artist and his work: “Bill Jacklin is, like me, an Englishman in New York,” he says. “He sees it with the wonder and objectivity of an outsider. He can appreciate its miracles, and can transfer them to canvas better than anyone I know.” Sting is responsible for one of Jacklin’s once-infrequent excursions from the city and nurtured a memorable series of paintings. Jacklin accompanied the singer to Philadelphia on the first leg of an American tour, with the intention of painting him. The portrait did not materialise, but the series of pictures that did, Audience I-III, are among Jacklin’s finest. As in so much of his work (such as the bathers at Coney Island and the commuters on the concourse of Grand Central Station), the artist thrills to the sheer movement of the crowd. “I enjoy being anonymous,” he declares, and, though he appears to be as much a participator on the streets as an entranced recorder of its anarchy, he becomes, he says, “invisible”.

No one has painted the urban sprawl of modern New York quite like him. You have to go back to Edward Hopper to find a similar sensibility, and perhaps, as John Kobal has suggested, to the work of Alfred Stieglitz, too. And there is something photographic – even cinematic – about the broad sweep of Jacklin’s vision. He pulls and pushes the viewer in – and out – of focus like a panning movie camera. Certainly, photographic imagery is as important to him as raw material. He gets different truths from different media; he has drawn straight from the television screen.
(Robin Muir Independent 1997)

“Throughout my career I have had two main preoccupations: studying the changing nature of light and an interest in geometry. From 1968 until 1974 I attempted to channel these concerns into non-representational work, developing systems of painting that paralleled structures I had observed in nature…It was not until 1975 that I became directly involved with describing the effects of light representationally, beginning a series of watercolours of objects on tables using the subject matter as a vehicle to create light and pattern.”

“I now find myself continuing this duality of purpose ­ wishing to convey as simply as possible my observation of something as it is, and the need to experiment with paint. The question is how to find a link between an interest in systems of painting and what I am looking at. Lately the paintings have become more complicated, now including people and places relating to specific situations I have experienced, and in this sense I paint what I know.”

One might almost say that Jacklin and Monet have reached the same point, but approach it from opposite directions: Pursuing his interest in the precise nature of appearances, Monet discovered that in fact they varied from moment to moment — that a simple motif would offer an infinity of variations in the course of a single day. This in turn led him to what we now recognise as a kind of abstraction. Trying to break away from the abstract, trying to particularise his experience, Jacklin tackles a motif which is equally basic, and which in fact still has a very simple geometrical structure. The more one studies these garden paintngs, the more the massive geometric forms thrust forward, and shoulder through the richness of the paint.