‘She hit upon one of her signature methods while living on the Upper West Side of Manhattan in the 1960s. She began capturing direct impressions of the world around her by casting unlikely forms in plaster, like a cat that had been stoned to death by children and, most famously, manhole covers.’ (Jillian Steinhauer NY Times 8/11/2019) 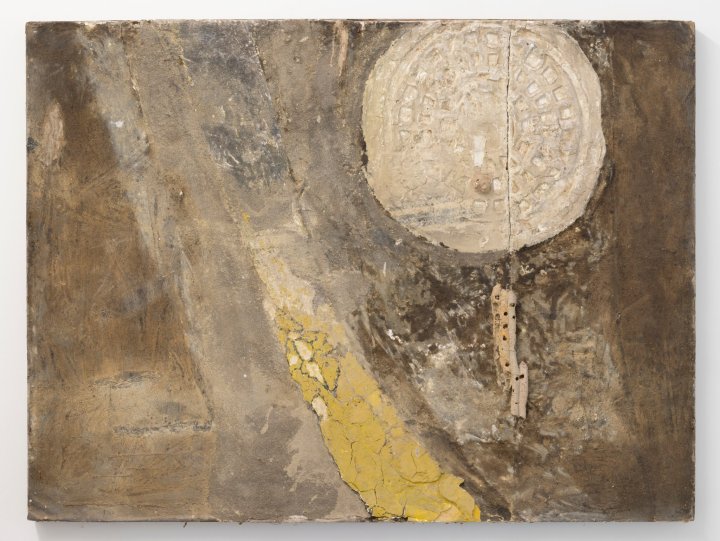 “I was casting facts, because I couldn’t believe in arty metaphors.”

“Since the late 1950s, I’ve been inspired by prehistoric cave art. In 1967, I drew and exhibited an outline of an actual horse’s body, and it looked like a cave drawing. I had two shows, “Matrice” and “Rift,” in 1998 and 1999, in which I showed works in which I had “drawn” with barbed wire and used the remains of real animal bodies. Last year, I traveled to the Dordogne region of southern France, where I visited L’Abri de Cap Blanc in the Eyzies Caves. What I saw there completely and profoundly moved me to another place. I stayed in that rock shelter for two days.

There, in a single open space, a carved wall relief featured nearly a dozen wild animals emerging from the left and from the right. In the center of the composition there was a deep indentation. In front of this hole lay the skeletal remains of a curled-up human figure, which is believed to be that of a young woman. Researchers have credited her as the sole sculptor of these animals, which were created some 17,000 years ago. Through her powerful work, this ancient, unknown artist convinced me that she had felt and had believed in the power of empathy to give life meaning. What she knew was significant then, I know is significant now. 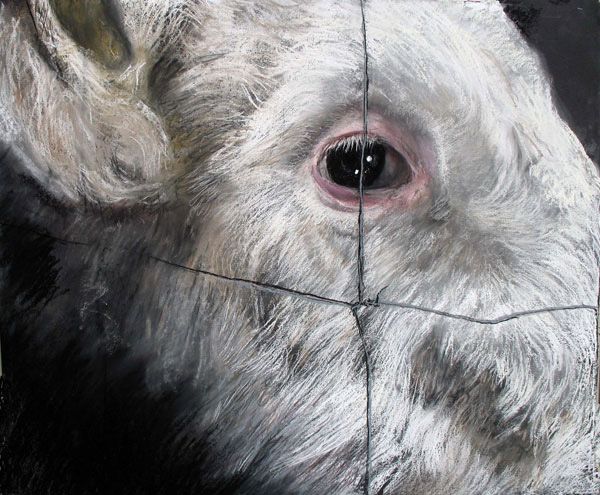 After I came back from France, for eight months I drew massive animals with the same yellow color that had been used at L’Abri de Cap Blanc. I wanted to make a sculpture, but it seemed somehow false to me to try to respond to that prehistoric art-maker using my usual weighty materials or the materials of her time. My experience in creating “And Then, And Now,” my newest work, which is the central piece in the current exhibition, felt to me something like the fleeting sense of the presence of someone you know who has died but to whom you are still calling out—and then suddenly sensing that she heard you. I felt that if I were to reach back 17,000 years in time and space, I would have to use a very light material. So came the wires.

I began working with pieces of chicken wire and threaded the parts together with all sorts of electrical wires. With them, in real space, I traced lines of gesture or movement, sometimes implying anatomy, or sometimes describing the nervous system or the blood system. I never thought about where to put the wires, exactly; it was as though I had become a spider, making something from inside of me, instinctively. As this new sculpture developed, I felt I had to rush to keep up with it, because it was evolving with or without me. I knew it was truly something that mattered unto itself. It has helped me define art and to once again let me know what art is for.” 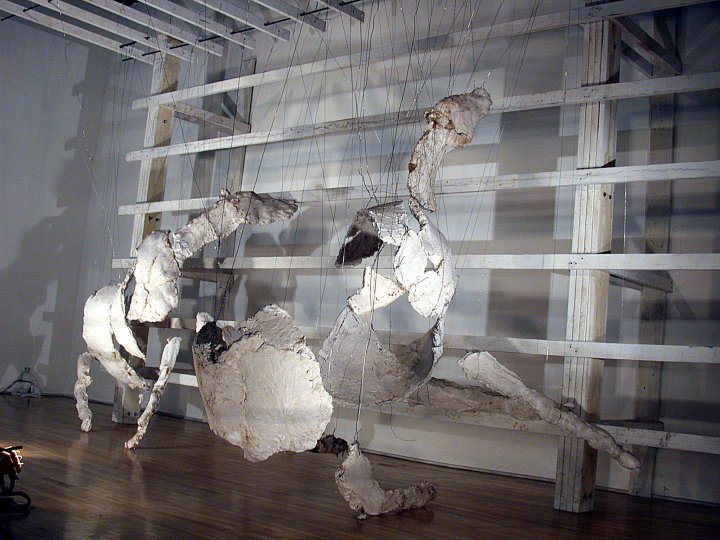 ‘It’s always been as if it was split. And I think for the first time I realized it never was split. It was just split in my head. I don’t think it ever was split in its own right. It’s a prejudice, in a way, of my own conditioning. I think Durer’s fashion conditioned him too. But not the dying stag, which I think nothing conditioned. He was conditioned by his time, and I thought, “Well I’m conditioned by mine,” and my conditioning said, “You don’t do work like this. ” And I took a long time to realize.’

FROM THE HORSE’S BODY