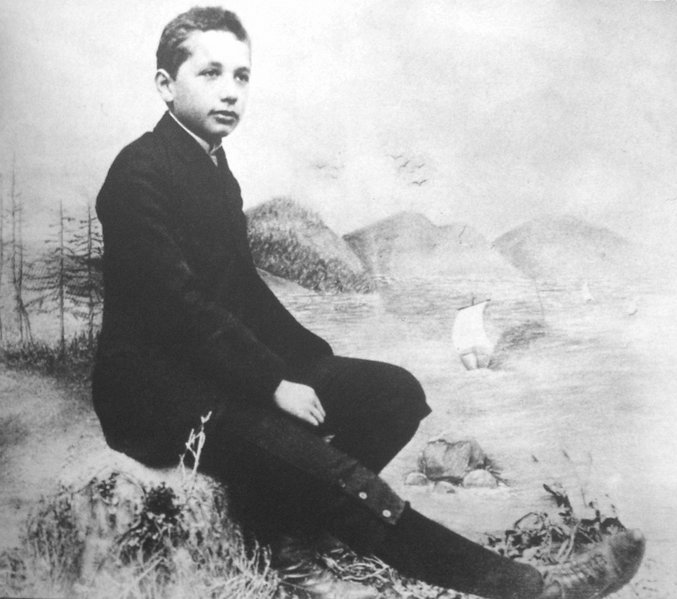 “At the age of 12 I experienced a second wonder of a very different kind: a booklet dealing with Euclidean plane geometry that came into my hands at the beginning of a school year. Here were assertions, as for example the intersection of the three altitudes of a triangle in one point which – though by no means evident – could never-the-less be proved with such certainty that any doubt appeared to be out of the question. This lucidity and certainty made an indescribable impression on me. That the axioms could not be proved did not annoy me. Actually I was completely satisfied when I was able to rely on such theorems whose validity were not doubtful to me.

I remember for example that my uncle told me about Pythagoras’ Theorem before the holy geometry book came to my hands. After hard work I succeeded in “proving” this theorem due to the similarity of triangles; thereby it seemed “evident” to me, that the relations of the sides of a rectangular triangle must be completely defined by an acute angle. Only what did not seem “evident” to me in a similar way seemed to need evidence. Also the things that geometry is about did not seem to be of another kind than the things of sensual perception, “which could be seen and touched”.”